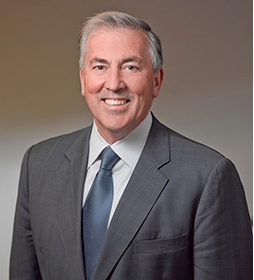 Prior to his role in the Association, Mr. Balboni was appointed Deputy Secretary for Public Safety for the State of New York in January 2007 and served in this capacity until January 2009. Designated the Senior Homeland Security and Law Enforcement official for the State of New York, Mr. Balboni managed the Public Safety Directorate, comprised of more than sixty thousand people across thirteen State agencies, including the Office of Homeland Security, Division of State Police, Division of Military and Naval Affairs, and the State Emergency Management Office all with a budget of 5 billion dollars. During his tenure, Mr. Balboni spearheaded several innovative programsthe first of their kind in the nation; including New York alert, a multimedia, cyber-based emergency notification system with 1.5 million subscribers; CI-SAR, which overlays suspicious activity tip information upon critical infrastructure to provide threat context and trend analysis capability; and Empire Shield Reconfiguration, which redeploys National Guard units so as to form a rapid response and a surge patrol capability for the region’s airports, train terminals, tunnels, bridges, and nuclear power plants. Mr. Balboni also served as the Security Chair for the Lower Manhattan Development Corporation, in which he was responsible for helping to oversee the security for the rebuilding of the World Trade Center.

Before being appointed to the governor’s cabinet, Mr. Balboni represented the Seventh Senate District of the State of New York, located in Nassau County, from December 1997 to December 2006. As a state senator, he chaired the Committee on Veterans, Homeland Security and Military Affairs, pioneering the enactment of nearly every anti-terrorism law in New York State, including the first chemical plant security law in the nation, the criminalization of acts of biological and chemical terrorism, water plant security, pet sheltering laws for disasters, and creation of the New York State Office of Homeland Security.

Prior to his election to the New York State Senate, Mr. Balboni represented the Seventeenth Assembly District from February 1990 to December 1997, and served as the Ranking Minority Member of the House Judiciary Committee, the Minority Chair for Reappointments, and the Floor Leaver for debates. Significant laws passed during his tenure were the Codification of the Unworthy Heir Doctrine and the Employee Assistance Mortgage Bill.

In addition to Mr. Balboni’s role at the Association, he is the President and Managing Director of RedLand Strategies, a full-service consulting firm focused on business development, homeland security and government relations. He also serves on the Board of Directors of George Washington University’s Center for Cyber and Homeland Security, and a litany of think tanks and charitable boards. Mr. Balboni is called upon as a regular contributor to various print and television media outlets a testament to his expertise in the homeland security and government relations realm.